If you’ve seen him skate in the Olympics, you might want to know what Nathan Chen’s net worth is and how much he earns as one of the highest earning professional figure skaters (and winter athletes) in competition for the American team.

Chen, whose full name is Nathan Wei Chen, was born on May 5, 1999 in Salt Lake City, Utah. He started figure skating at age 3 with a pair of his sister’s white skaters and entered his first skating competition at age 4. In addition to figure skating, Chen also trained in ballet at Ballet West Academy in Salt Lake City and competed in gymnastics nationally and regionally for seven years. He is also a student at Yale University majoring in statistics and data science. Chen made his Olympic debut at the 2018 PyeongChang Winter Olympics, where he won a bronze medal in the team figure skating event. Chen holds the record as the first figure skater to land five types of quadruple jumps in a competition: toe loop, Salchow, loop, flip and Lutz. He also earned the nickname “Quad King” after becoming the first Olympian in history to land six quadruple jumps (with four complete revolutions) during the PyeongChang Olympics. He landed eight quadruple jumps at the 2018 World Championships. As of 2021, Chen also holds the world record for free skating and combined score in figure skating.

In an interview with Yale News in 2021, Chen revealed that he wanted to be a figure skater because of Asian American athletes like Michelle Kwan and Kristi Yamaguchi. “Growing up in Salt Lake City, where most of my classmates and fellow athletes were predominantly white, you don’t see that reflection of yourself that easily,” he said. “I see myself in these athletes and I see how capable and talented they are. If they can do it, I hope I can do the same too. Being able to see a face like yours helps a lot as an athlete. He also told the newspaper that he decided to go to college because he knew his career and skills as a figure skater wouldn’t last forever. “I was still determined to keep skating, I wasn’t in a position where I was ready to retire,” he said. “But I knew that transition to school had to happen at some point, and the sooner it happened, the easier it would be for me when I left skating.”

How much does Nathan Chen earn as a professional figure skater?

What does Nathan Chen earn as a professional figure skater? Although Chen’s exact income as a professional figure skater is unconfirmed, Forbes estimated that he made at least $1 million in sponsorship deals the year before he competed in the Beijing Winter Olympics. 2022. The magazine also reported that Chen earns additional bonuses from her brand partner based on her performance at the Beijing Olympics, with gold medals.

in the men’s individual or team events doubling his earnings. According to Forbes, a gold medal also includes a payment of $37,500 from the United States Olympic and Paralympic Committee. “Nathan Chen has good brand appeal,” John Grady, a sports law professor at the University of South Carolina, told Forbes. “[Brands] don’t necessarily want to give opportunities to untested or lesser-known athletes in smaller sports.

Since 2022, Chen has entered into long-term agreements with 11 companies, including Team USA sponsors such as Bridgestone, Comcast, Nike, Toyota and Visa, as well as consumer brands such as Grubhub and Airweave. Chen is also part of an NFT with game developer nWay. Forbes also reports that Chen is one of the few figure skaters and Winter Olympians who can secure five- and six-figure marketing deals as Winter Olympics ratings plummet. (The 2018 PyeongChang Winter Olympics drew about 5 million viewers compared to the 2014 Sochi Olympics.) “They probably still have the cachet they had,” Grady told Forbes. “It may not be quite the television viewing priority it once was.”

According to the International Skating Union, Chen earned $18,000 for each of the 2017 Grand Prix of Figure Skating Series events he won that year: the Rostelecom Cup, Skate America 2017, and the Grand Prix Final. Price. He also received $20,000 after placing first at the Four Continents Figure Skating Championships in February 2017, as well as a cash prize for his victory at the 2018 U.S. Championships. Bustle estimated that Chen won around 160 $000 for the 2017 to 2018 figure skating season alone.

What is Nathan Chen’s net worth? 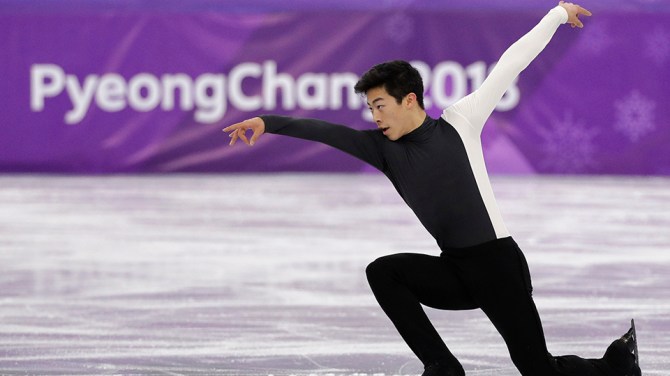 In an interview with Olympics.com in 2022, Chen explained what he learned from the PyeongChang 2018 Olympics. “I think the 2017-18 season in particular was a really, really stressful time,” he said. -he declares. “I was obviously determined to win a medal. My thought process was that if I spent four more hours on the ice – whatever time I spent training and practicing – I would be able to do it there. happen. But I ended up depriving myself of my rest and recovery time. I felt like I was starting to stagnate.” He continued: “I think the most important thing right now is just to learn to balance, to push hard on the ice, but also to give yourself time to rest, recover and generally take care of yourself.”

Chen also told the site how his mistakes at the 2018 Olympics taught him to be a better figure skater. “I think we definitely learn the best from our mistakes and just say to ourselves, ‘Hey, why did this happen and how can we prevent this?’ Having been through that experience, it obviously wasn’t fun and it’s not something I would want to do again,” he said. “But it happened… I’m still who I am. still opportunities to continue to compete in the future, continuing to strive for my goals.” He continued, “I will continue to work and try to do what I want to do and win or lose. doesn’t really change me as a person.

For more on the Olympics, check out Jeremy Fuchs’ 2021 book, Total Olympics: Every dark, hilarious, dramatic and inspiring story deserves to be known. The book, which has been called an ‘indispensable Olympic resource’ and ‘pure fun’ by The New York Times, follows the history of the Olympics, from how they began in a Victorian English town called Much Wenlock to sports abandoned that are no longer around like tug of war, firefighting, painting and yes, live skeet shooting. The bestseller, which features hundreds of true stories and historic photographs, also includes stories of internationally renowned and little-known athletes like gymnast Shun Fujimoto, who led his team to victory with a broken knee.

Our mission at STYLECASTER is to bring style to people, and we only carry products that we think you’ll love as much as we do. Please note that if you purchase something by clicking a link in this story, we may receive a small commission from the sale.

How much does the ‘LPBW’ star earn

Get to know Caryne! Small people, big world star Caryn Chandler is best known for appearing on the TLC show alongside boyfriend Matt Roloff and his family. While the couple are candid about their romance on the show, fans might be wondering what else there is to know about Caryn. Scroll down to find out […]

The wealthy client: position yourself to check all his boxes

When it comes to service, is the High-Net-Worth customer the same as the mass-affluent customer, only richer? The short answer is…not exactly. Although the HNW market is diverse – the HNW GenXer approaches the advisor/client relationship differently than its Baby Boomer counterpart (transactional vs relational, etc.) – when it comes to the actual services this […]

A rapper who has taken the world by storm in recent years, Lil Baby has a massive global following and over 30,000,000 monthly listeners on Spotify. Born Dominique Armani Jones, Lil Baby has been rapping professionally since 2015 and really went gold – or should he go platinum – with his 2018 album. harder than […]