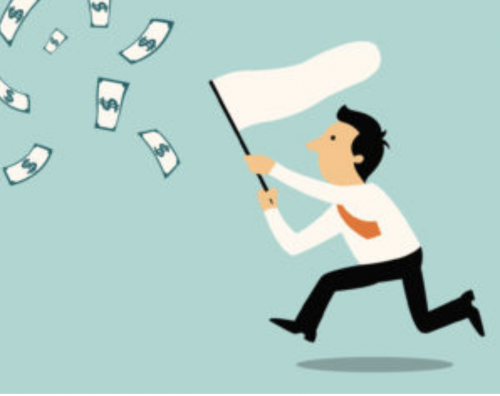 The city and Yes on Measure H campaign materials for the DiSC project point out that one of the significant benefits to the City of Davis General Fund is a “Net revenue gain of $3.9 million for the City of Davis each year to close the city’s $7 million funding shortfall and maintain our quality of life without raising taxes.”

Where can we find this projection of $3.9 million?

The source is the December 2021 financial analysis prepared by Economic & Planning Systems, Inc. (EPS), the City’s financial consultant, which was presented to the Finance and Budget Committee (FBC) in December 2021 (see full report HERE), In this analysis, Tables B-1 and A-2 provide the relevant specific data on net revenues, and these two tables are copied and pasted below.

When does the $3.9 million net revenue gain actually occur?

As Table B-1 clearly shows, the annual general fund surplus of $3.9 million does not occur until DiSC is fully built (at the end of Phase 2B).

When does full construction actually occur?

According to Table A-2 of the same EPS financial analysis, the end of phase 2B is not projected until the end of the 12e year of the project (end of 2034).

What is the net revenue gain in the years before full construction?

How strong is the 12-year projection to reach Full Buildout?

Since DiSC’s development team has publicly stated that it will not expend any efforts or resources on marketing until it has a positive result at the polls of Davis voters on Election Day, this projection over 12 years is highly speculative. Under these conditions, full construction could just as well take 25 years, or even not happen at all.

What happens if Full Buildout is never reached? 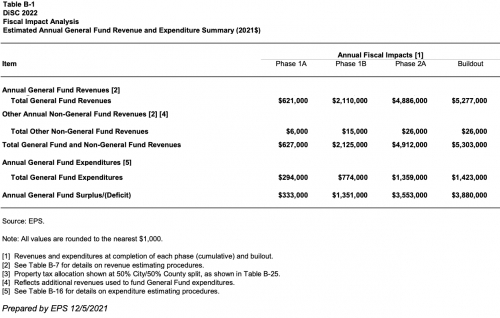 Votorantim Cimentos ended 2020 with worldwide net sales of BRL 16.7 billion ($2.98 billion), an increase of 29% compared to 2019. This result is mainly explained by the increase sales volume in Brazil, Canada and the United States, and by the positive impact of the devaluation of the real on the results of the other […]

Millennial-focused exchange Robinhood saw a sharp decline in trading activity for the first quarter of 2022, according to the company’s latest financial report. The broader crypto market remains bearish, and recent global equity selloffs have contributed to the disappointing financial numbers, according to the report. The Q1 report said the company’s total net income was […]