Unique among the top ten solar manufacturers in the world for being the only company headquartered in the United States, for not using crystalline silicon (c-Si) semiconductors, and for not manufacturing in China, First Solar states that its thin-film photovoltaic modules are produced using a fully integrated continuous process under one roof without depending on Chinese c-Si supply chains.

“I would like to express my gratitude to the entire First Solar team for their hard work and perseverance during a year when much of the solar PV manufacturing industry has had to face supply chainpandemic logistics, costs and challenges,” said First Solar CEO Mark Widmar.

“Despite this momentum, our full-year 2021 diluted earnings per share is above the midpoint of the guidance range we provided at the time of our third quarter earnings call, and is solidly within the initial guidance range provided last February.”

Cash, cash equivalents, restricted cash and marketable securities at the end of the fourth quarter decreased to $1.8 billion from $1.9 billion at the end of the prior quarter. The decline was primarily the result of capital expenditures related to expansion in India and Ohio and operating expenses, the company said.

Projected net sales for 2022 are $2.4-2.6 billion. Operating profit is expected to be between $55 million and $150 million, which includes production start-up expenses of $85 million to $90 million, underutilization losses related to plant upgrades of 10 to $15 million and a pre-tax gain related to the potential sale. of the Japanese project development and O&M platform of about $270-290 million. Expected net earnings per diluted share are $0.00 to $0.60. The net cash balance at the end of 2022 is expected to be between $1.1 billion and $1.35 billion.

The full forecast for 2022 is as follows:

“We have capacity expansion for two new plants: one here in Ohio, one in India…we are working to evaluate further expansion,” Widmar said during the company’s earnings call at the fourth quarter of fiscal year 21. 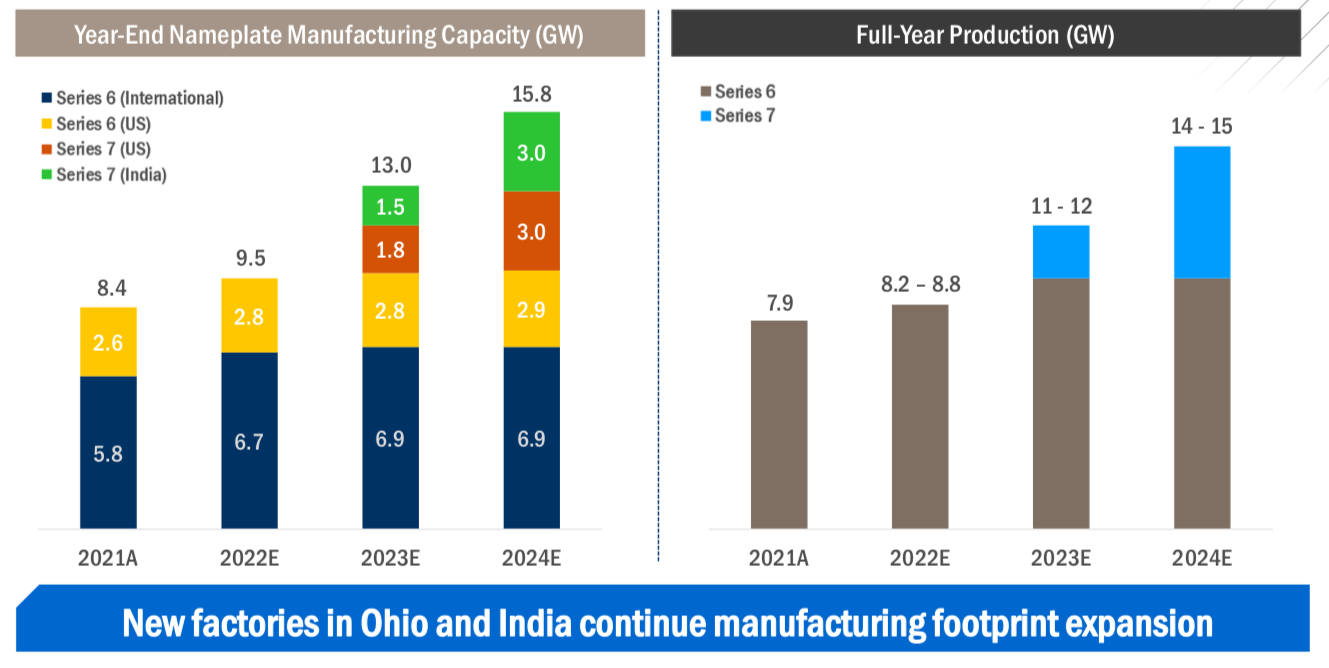 Widmar clarified, “India Pipeline, there’s a lot going on. There are lots of opportunities.

“Normally, you might see them looking to secure modules about a year later. In terms of when planned deliveries are needed, we are still looking at the second half of 23. So we are over a year away from when the plant will be operational. And we’re a little careful about front-end production loading filling that volume at this point, just because there could be potential delays,” he said.

We have a lot of opportunities in the pipeline. And I think you’re going to see several gigawatts of reservations before the end of the year for India,” Widmar reiterated.

SAN DIEGO, November 22, 2021 /PRNewswire/ — Evofem Biosciences, Inc., (NASDAQ: EVFM) today announced that it has successfully extended the timeline for the cumulative net sales commitment of its April 2020 Securities Purchase and Guarantee Agreement June 30, 2023. “We appreciate that these healthcare investors see the long-term growth potential. As a result, we have […]

The Italian consortium Grana Padano AOP recorded a 7.07% growth in exports in 2021, its best performance in the last decade. Taking the last two years into account, exports have increased by 10% in total. According to the general manager of the consortium, Stefano Berni, a total of 2.24 million wheels were exported, which is […]